You are here: Home / Hypnotherapy 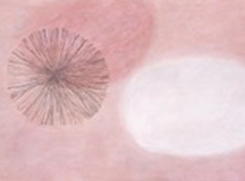 Penny Waite is a qualified Hypnotherapist trained by Doctor Hearne at the British School of Hypnotherapy. She is based in St Margaret’s, which is situated between Richmond-Upon-Thames and Twickenham in South West London.

Hypnosis is an altered state of consciousness (as is meditation or daydreaming). In this altered state of consciousness it is possible to introduce suggestions for positive change. The unconscious mind hears these suggestions, especially if they are repeated regularly, and takes them on board bringing about desired changes. These changes can include weight loss, building self confidence and self esteem, better sleep, a change in patterns of behavior and many more.

being under hypnosis feels like being very relaxed and still able to respond to whatever you need to. Have you ever driven a familiar route, reached a certain point and have little memory of how you got there? It’s very common and it’s because you’ve been daydreaming and is an example of what it feels like to be in hypnosis. Your unconscious mind was focusing on something else and, importantly, is still able to respond immediately to any thing it needs to. The same happens when you are sleeping. The unconscious mind never sleeps and will wake you up should you need to be awake.

Hypnosis, and in some cases, EFT, are examples of accessing the unconscious mind. The unconscious mind works in mysterious ways. Just 5% of our mind is involved in conscious decisions. (For example, the daily choices that we make – tea or coffee? Buy that dress or not). The other 95% is unconscious and in charge of the workings of our bodies – heart pumping, lungs breathing, endocrine system releasing hormones, giving birth etc. Imagine what life

Most of our patterns of behavior, habits, and some of our beliefs are also under the control of the unconscious mind. EFT and hypnosis can clear those patterns, habits and beliefs which don’t serve us.

Click the play icon below to listen to Penny being interviewed for Fabulous Women.